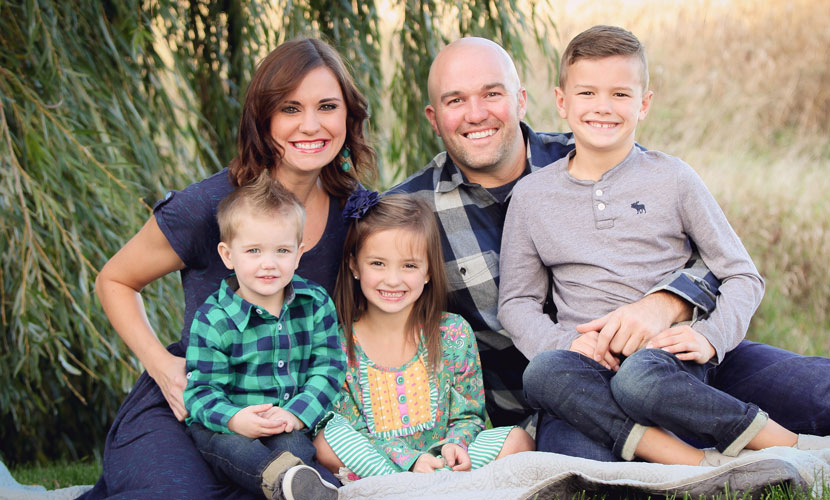 Erin Remme, 33, of Albertville has always been a fighter, and she credits her mother with instilling a can-do attitude in her. “I lost my Dad when I was 12-years-old. He died in a car accident, and I remember seeing my mom go through that, and watched her keep her head high and stay so positive.”

Thanks to her upbringing, it’s no surprise that after receiving a diagnosis of DeNovo Stage 4 Breast Cancer in September 2016, the former Maple Grove Hospital OB nurse refused to just sit back and let the disease take its course. “I have three children and want to watch them grow up. I’m planning to fight this thing as best I can,” she says, and she is doing it with the help of her former colleagues, who have taken an integrative approach to her treatment.

Remme has been seen by specialists across the North Memorial Health system. After she discovered a lump in her breast while breastfeeding her third child, her OB/GYN, Dr. Sarah Manneh at Oakdale Obstetrics & Gynecology, ordered an ultrasound and mammogram.

She was diagnosed with Stage 4 breast cancer based on the results from an MRI. Next, she was referred to Dr. Avanti Mehrotra at the North Memorial Health Cancer Center.

Dr. Mehrotra has managed Remme’s medication regimen, and infusion treatments. She explains that Remme’s form of cancer is a difficult one to treat. “Stage 4 is treatable but not curable,” says Dr. Mehrotra. “Most people are at Stage 1, 2 or 3 when diagnosed and may at a later date develop Stage 4. In Remme’s case, at the time of diagnosis the cancer had already traveled outside the breast to her bones.”

The typical life expectancy after diagnosis with Remme’s type of cancer is about 36 months. “My main goal is to stay on medication for as long as I possibly can and maintain the best quality of life possible,” says Remme, who despite her diagnosis has remained upbeat. “The focus of care is to work hard to have Erin live as long as possible and as well as possible. We have to have an integrative approach to maximize her quality of life while on active treatment,” says Dr. Mehrotra.

Part of Remme’s treatment has involved taking anti-estrogen pills. She is also on targeted medication therapy, gets monthly shots to strengthen her bones, and has undergone genetic counseling. It was through genetic counseling that she learned she carries a genetic mutation that puts her at risk of developing cancer, so the decision was made for her to undergo a total hysterectomy and bilateral oophorectomy (removal of the ovaries and tubes), which was performed by Dr. Manneh at Maple Grove Hospital. Studies have shown that this procedure creates survival benefits for some breast cancer patients. Once the procedure is done, estrogen production ends. Estrogen is what provides fuel for the growth of breast cancer cells.

“The surgery at Maple Grove Hospital went well and I was so happy to be among friends as I recovered,” Remme says. “I have appreciated staying in the system. I have worked with some amazing providers. I know the place, and it feels like home. Not to mention, my former colleagues have really been there for me by providing quality, compassionate care, and also by supporting me as I endure my treatments. I really feel like there has been a seamless coordination of care between all of my providers.” 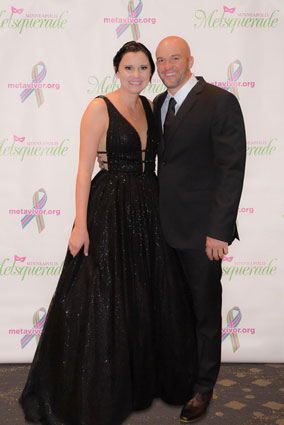 More than 40,000 men and women from the United States die each year from metastatic breast cancer, yet only two to three percent of funding goes towards research to find a cure. After discovering this statistic while researching the disease she is fighting, Remme decided she had to try and do something about it. She learned about a fundraising organization in Arkansas that was raising money exclusively for metastatic breast cancer research, and teamed up with its founders to bring a similar event to the Twin Cities. The Minneapolis Metsquerade took place on September 8, 2018, at the Hilton Minneapolis.

Remme says her friends at North Memorial Health and Maple Grove Hospital played a big role in the event’s success. “The Minneapolis Metsquerade has raised $180,000 and counting. I can’t thank my friends from Maple Grove Hospital and the whole North Memorial Health system enough,” she says. “We had such a great time at the event this year and are already thinking about how to make the event even bigger next year. We can’t wait to help kick this awful disease to the corner.”

Erin Remme spent her entire career working in the North Memorial Health system. She began her career at North Memorial Health Hospital in 2007 right after graduating from nursing school, and worked there until the end of 2009. From 2010 until she retired in 2016, she worked as an OB nurse at Maple Grove Hospital.

Read More about Things to do in Minnesota in Winter

Things to do in Minnesota in Winter

There’s no better time to be with our loved ones than the holidays, but too often, snow and cold weather seems to limit our winter activities to the indoors. And…

What Women Need to Know for Their Health

The average life expectancy for American women is 81.2 years which is nearly five years longer than men, according to the Centers for Disease Control and Prevention.

How an HPV Vaccine Can Protect Your Child From Cancer

The human papillomavirus (HPV) vaccine can prevent a host of health issues caused by HPV, including cancer. It’s one of only two vaccines that prevent cancer – HPV and Hepatitis…