Skip to contentSkip to navigationSkip to sitemap
Better Health News / The Pursuit of Sport: How Body Image May Be Affecting Your Athlete

The Pursuit of Sport: How Body Image May Be Affecting Your Athlete 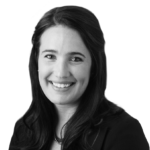 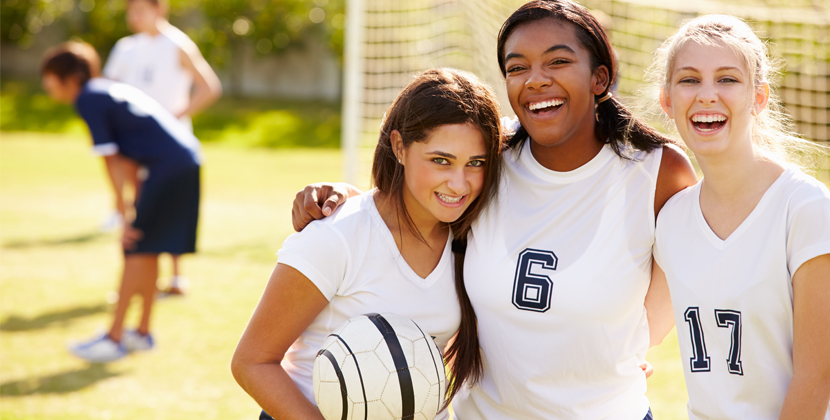 As we settle in to the school year, you may be cursing your kids’ sports schedules: Chauffeuring here, carpooling there, what time were you supposed to pick up your daughter after her soccer practice again? Or was it dance tonight?

Well, here’s the silver lining to all that transportation organization, Dr. Maria Ryan, a sports medicine physician, says there is good evidence to show that women who participate in sports have increased self-esteem, higher earning potential later in life, lower rates of depression and suicide, and engage in less risky sexual activity or drug use.

“There’s so much self confidence you’re boosting on a daily basis when you have the positive feedback of being successful in a sport,” Ryan says. “My goal is to get kids interested in sports or some form of physical activity so they develop a lifelong affinity for staying active.”

But, of course, pressure can get to kids, too. That’s why it’s important to talk to them about what success means.

For Ryan, who frequently deals with sport related injuries, she says the most important thing is that whatever sport your child is participating in, they are not hurting their bodies or sustaining overuse injuries. And if aches, pains, or injuries are sidelining your child, she recommends bringing them in for an evaluation to determine ways to prevent injuries from recurring..

“I just want you active,” she says. “Success is participation, not necessarily state championships or game-winning goals.”

In that case, prevention is the number-one: Talking with your kids about expectations, proper nutrition, and watching for any warning signs that their athleticism has turned into fanaticism. Plus, Ryan says: There are body differences between sports. “We have to try to teach girls not every athlete body is going to look the same.”

While physicians will screen for eating disorders when warning signs are present, (dramatic weight loss, excess body hair, stress fractures, and loss of menstruation), parents have to be on watch, too for things like restrictive eating, binging/purging, and excessive exercise. But these can be tough to spot—Ryan says physician colleagues are working with the NCAA to create screenings that will be both effective and ethical to parse out healthy female athlete eating behaviors versus disordered eating.

So what concrete things might show up if body image has taken a dip toward dangerous? In female athletes, Ryan says a loss of menstruation is a big sign. “Both coaches and parents should be educating female athletes that if they lose their period, they need to tell someone.”

Decreased performance is also a warning sign: Maybe your child once ran an 8:30 mile and now runs a 9:30. It could be because their body isn’t getting the fuel it needs to deliver a peak performance. Stress fractures or other injuries can be a sign that your child’s body isn’t getting the calories it needs to heal itself. And, of course, any eating behaviors that set off a warning flag are worth investigating—“maybe your child has always loved your lasagna, and now will only eat chicken and steamed broccoli,” Ryan says. In those cases, she often will make a referral to a nutritionist familiar with athletes to help keep health and image on track and intact.

Shut Off the ‘Depression Box’

Continuing to establish realistic expectations about body types is paramount as children are absolutely “bombarded” with social media messages that can impact their self-images. “My opinion is to keep talking about it; both parents and coaches need to reiterate that what you see on TV and Facebook is the best, edited version of someone and this is not how real life is,” Ryan says.

“Honestly, a big part of prevention of body image issues is how do we control social media,” she continues. “Female athletes see images of the ‘perfect body’ with a six-pack, but lean arms. Some sports are simply not conducive for that. Hockey players may have bigger thighs, swimmers may have bigger shoulders, and sprinters may have bigger gluts. These are the traits that allow them to be successful in their sport. The perceived ‘perfect athlete body’ is not something that is universally achievable or realistic. We need to learn to embrace the unique skills our bodies do well and tune those skills up in a healthy way to achieve our best performance.”

To further drive the point home, Ryan says she will refer to cell phones as “depression boxes.” “Our phones trigger this dopamine response in the brain when you get a ding, and it gets you craving more, but there’s no tangible satisfaction or payoff. Dopamine is the same substance released with addictive drugs. Mental health disease among teens is the highest it’s ever been. Continuous access to social media and the unrealistic version of reality it presents is leading to a mental health crisis. Social media embezzles our time, but does so without actually building meaningful communication, relationships or any sense of satisfaction from a job well done.”

But know what does? The teamwork and friendships that come with sports.

For more information, schedule an appointment by visiting one of our primary care clinics.

Ben Franklin really got it right when he said that “an ounce of prevention is worth a pound of cure.” Despite the huge strides forward in medical knowledge and technology,…

The Power of Positive Thinking

Internal inspiration equals external results. This is the motto I live by. If you believe in yourself and practice positive thinking and affirmations, you will receive external gratification. For example,…

[Read more] about The Power of Positive Thinking
Read More about Post-Heart Attack Depression: What You Need to Know Now

Post-Heart Attack Depression: What You Need to Know Now

After you’ve suffered a heart attack, you can also struggle with a lesser-known, but fairly common condition: depression or anxiety, sometimes known as broken-heart syndrome. February is American Heart Month,…

[Read more] about Post-Heart Attack Depression: What You Need to Know Now